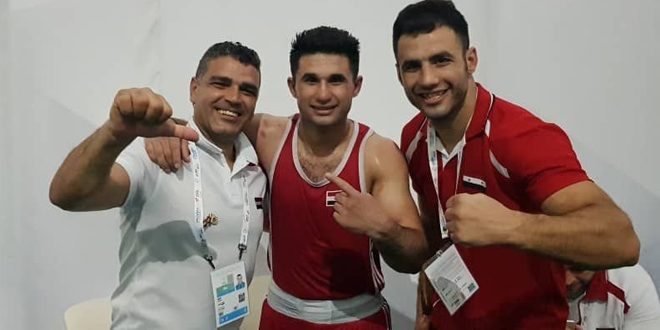 Ghossoun gained the gold medal as he beat the Algerian boxer Younes Namouchi, in the final match held Friday.

Earlier, Ghossoun beat French boxer in the semi-finals, and before he beat Serbian boxer.

The Syrian player is the same owner of that weight in the previous round of the Mediterranean Games held in Spain.